To Help Us Survive 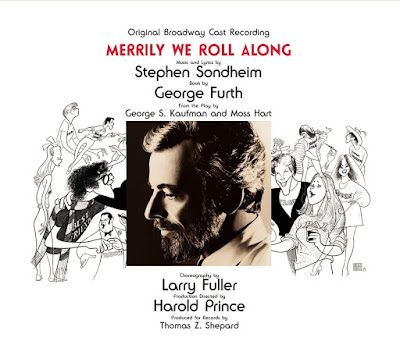 I feel a great sense of loss at the departure of Stephen Sondheim. His mastery of the musical theater medium may arguably be unparalleled in our age. Certainly the breadth of his works is incomparable. And not just the volume, but the diversity. From murderous barbers to marriage foibles, from the death of vaudeville to the birth of East/West relations, from the aspirations of artists to the rancor of society’s disenchanted, Sondheim’s works have gone places no other composer/lyricist has gone.

Yet, within these esoteric subjects and intellectual musings, he has created some of the most beautiful music of our time. “Send in the Clowns”, “No One is Alone”, “Not While I’m Around” and so on.  Songs singers love to sing. To record. To share.

My first memory of hearing Sondheim was a television special called “Musical Comedy Tonight". Carol Burnett sang “The Ladies Who Lunch” which fascinated me; Bernadette Peters and Richard Chamberlain did “Barcelona”; and Sandy Duncan banged out “Another Hundred People”—a song that thrilled me like nothing ever before. Then I saw the original Broadway production of “Sweeney Todd” and I was obsessed. I never knew a score could be so complex. Then, by sheer chance, I got the original Broadway cast recording of “Merrily We Roll Along”. It was that album that cemented my love for this master of the art. The way the score itself worked backwards—like the actual plot—gave me unending lessons in composition and the mechanics of musicals. Not to mention songs that give me chills forever more. “Our Time”, “Not a Day Goes By”, “Franklin Shepard Inc.”. And that original ending. That gut-punch, ugly-cry ending.

Then it was “Follies”, “Anyone Can Whistle”, “Pacific Overtures” and on and on. Each show having moments of such magic; treasures that make my life all the richer for having heard them. I’ll never forget watching ”Sunday” from “Sunday in the Park With George” on the Tony Awards. I had no idea what the show was about. But I heard it was by Sondheim, so I figured it had to be worthy. And by the time the number ended and the painting was complete, I was shaking. Jaw dropped. Unable to move. Had I really just witnessed a theatrical representation of the creation of a famous painting? How did anyone even conjure up that idea? And to manifest it in such a visually clear way in synch with such a beautiful, stirring song?

That is the genius of Sondheim. With full props to his manifold collaborators, surely. Because theater is a collaborative art; “no one acts alone”. But to have a score that can stand so perfectly and solidly on its own is a marvelous, magical thing. And to create a lifetime of them and provide the world with “so much stuff to sing” is one of the greatest gifts I can imagine.

There’s a moment in Lin-Manuel Miranda’s recent film version of “tick, tick...BOOM!" where the main character, in the middle of a musical homage to “Sunday”, faces Bernadette Peters and puts his hands over his heart as if he cannot keep it inside for the love and respect he bears for her. It’s a callback to her gesture in the show being honored, sure. But it’s a perfect visual representation of the emotions I bear for Sondheim and the gift he gave to me.

“Look at all the things you gave to me”.

Farewell, “Old Friend”. You never knew me. But you have been some of the best “company” I have had. You helped "make me alive". And I will sing and celebrate your songs as long as I have breath within me.

Till the days go by. 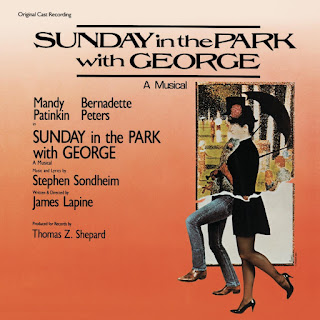 Posted by Gregory Blair at 7:14 PM