Best of the Fest: Twisted Tails

For those of you who didn’t make it to this year’s Twisted Tails Film Festival, I’ll try to give you short wrap up of my experiences so you can know what you missed.  And you missed plenty!  Let me explain why…


Never mind the films (I’ll get to those), the people and auxiliary happenings had me smiling inside all day long.  Of course there were celebrities signing photos and goodies (one of the original ‘Lost Boys’, Corey Feldman, ‘Texas Chainsaw Massacre’ maven Eileen Diets and scream queen beauty Chanel Ryan to name a few), but—as the festival is a charity event for local animal rescue Paws in the City—there was also a silent auction for movie memorabilia as well as an afternoon visit from some adorable, adoptable pooches needing homes (but happy just to give and receive some love).   Fast Custom Shirts was there with a fun selection of wearable gifts and main man Joe Garcia brought a selection of his latest artwork which is not wearable, but about as cool as it gets.  You just have to see it for yourself. Two small samples are here. I met many wonderful, fun people with all manner of talents and we talked, laughed and had buckets of fun.


Then there were the movies.  I couldn’t catch them all, but here’s what I saw and what I thought about what I saw...

Day one’s features were that rare breed of comedy/horror.  “Get Dead” writer, director and star Markus Baldwin knows corn and camp; with obviously limited resources, Baldwin’s hick-filled yuck fest about a mythical killer pokes fun at horror clichés with tongue firmly in cheek.  It’s low brow, low budget snark.  And I have a veritable fanboy crush on left field oddity Banjo Phil.  Joe Grisaffi’s “Conjoined” is an adult fairy tale gone wrong.  In a cartoonish world, a nebbish man’s marriage to a woman with an attached (and psychotic) twin proves a study in discomfort:  awkward silences, inappropriate comments and gory violence often make the viewer as uneasy as the characters.  But Michelle Ellen Jones is Barbie doll sweet throughout and Jake Byrd makes a juicy meal of his strange “best friend” role.


My feature “Deadly Revisions” started Saturday off and got a nice round of applause, followed by Shawn Ewert’s “Sacrament”, featuring Marilyn Burns.  “Sacrament” aims to mesh the drama of a hunted young man, the comedy of a teenage group’s outing and a gory yarn about religious killer/cannibals; though it feels uneven, it looks exceptionally good and the teenagers are all terrific--as is much of their funny dialogue.  And full props to the risk of having an out, accepted (and even sexualized) gay couple as the leading heroes of a horror film:  sadly, still a bold choice in today’s market, Ewert’s film can proudly claim it as a coups.  Then came “Bloody” Billy Pon’s already infamous “Circus of the Dead”.  This sick, ultra-violent and yet often darkly hilarious freakshow about psychotic killer clowns is bred to be an instant cult film.  Its gritty, grotesque gore-fest is as unflinching as it is outlandish and lead Bill Oberst, Jr.’s drooling, demented Papa Corn seems meant for iconic status.   Some trimming would sharpen the jaws of the rambling beast, but as it is, “Circus of the Dead” bears a  brazen, brutal bite you’re not likely to forget.


Day three, a scheduling snafu caused me to miss the first half of Grzegorz Muskala’s “Whispers Behind the Wall” (“Die Frau hinter der Wand”, translated, more closely as “The Woman Behind the Wall”) and the second half of Tommy Faircloth’s “Dorchester’s Revenge”, but what I saw of each left me impressed.  Both are incredibly well-made films with excellent production values.  Jason Vail fairs well as a teacher haunted by his past experience with the titular “Dorchester” in this sequel to the original parody horror yarn of a crinoline-wearing killer (appropriately called “Crinoline Head”).  In “Whispers”, a psycho-sexual thriller of a law student’s first love gone wrong, Vincent Redetsky is a sweet-faced, bespectacled babe drawn into beautiful sociopath Katharina Heyer’s web of madness; the film’s final reel is a totally satisfying, edge-of-your-seat thrill ride.


There were also many good short films along the way, most notably “Special”, “Service” and “Snake With a Human Tail”.  (Apparently, short films beginning with “S” fair well.)  Mikeal Burgin’s “Special” has a nice twist to the end of a child abduction tale and Jerry Pyle’s “Service” has a nice twist at the beginning of what is just a situation rather than a full story--though it’s nevertheless wickedly intense.  In writer/director Spencer Gray’s gritty, unapologetic “Snake With a Human Tail”, the connection of a sadistic, child-molesting priest (Marv Blauvelt) and a transsexual prostitute (an impressive Sheri Davis) proves to be far more than just odd happenstance. The film is fraught with enough ideas and images for a feature film, which, interestingly, is its only weakness:  it feels too long for a short film and, yet, still somehow underdeveloped.  But the bulk of what’s there is bold, powerful and provocative filmmaking; I look forward to what Mr. Gray will come up with next.


All films were shown on a huge screen with a glorious sound system in one of the large and comfortable theaters at the Angelika Film Center; it was an excellent venue to enjoy films.  Props to Tammy Dupal, Twisted Central, Paws in the City and everyone involved in putting this memorable event together. Combining a fine selection of films and an opportunity to provide help for such a worthy cause should keep the Twisted Tails Film Festival on the map for a long, long time. 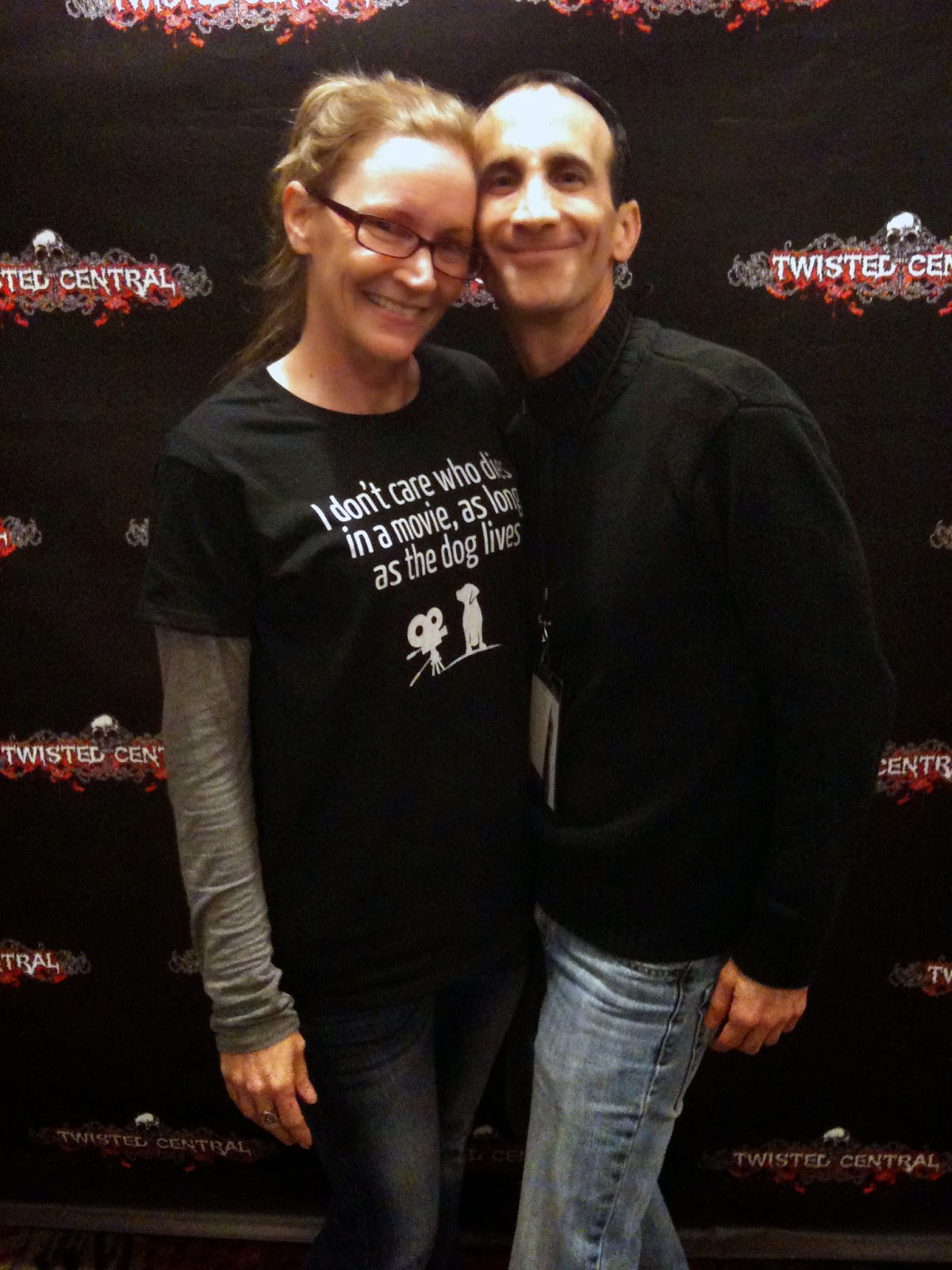