To The Scream Queens 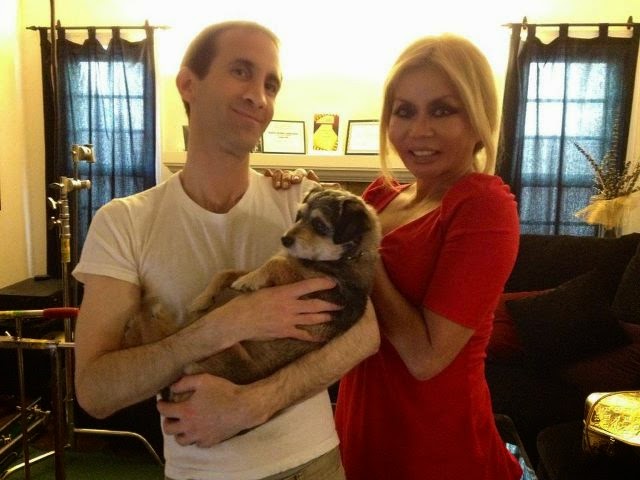 
There has been much ado about women in film, including the horror genre:  the fact that they’re underrepresented, under paid, under clothed or a combination of the three.  But most of this talk is about the ladies in front of the camera--with a close second going to the ladies behind the camera.  The indomitable women in these roles are numerous and certainly worthy of attention, including Debbie Rochon,  Devanny Pinn, Jessica Cameron, Tara Cardinal, Dawna Lee Heising and many others.  They all deserve the lauds and notices they get.  But I’d like to give a shout out to another group of women in horror.  The women who support the genre in ways beyond the actual world of filmmaking.  So here are three such women.  Discover them and,then thank them for all they do.
Tammy Dupal has a gigantic heart.  So much so that she put her love of horror and her love of charity together to create the Twisted Tails Film Festival (TTFF)—a horror film festival that gives all its proceeds to help homeless animals.  How cool is that?  So you can get your chills and thrills while helping to house and feed animals in need.  So Tammy gets two thumbs way up in my book.  Check out the TTFF:  http://twistedtailsfilmfestival.com/.
Another long time champion of horror is Char Hardin.  Char has been blogging about horror and reviewing films for some time now.  (http://charhardin.blogspot.com/)   She also has her own podcast to further promote horror films, prose fiction and other media.  She is particularly devoted to helping independent artists, because she feels they need someone to shout about their work.  So let’s turn the tables for once and cheer for Char!
Newer to the horror nurturing world is JoAnn Thomas, wife of Matchflick.com critic Mike Thomas with whom she has created the FANtastic Horror Film Festival.  (http://www.fhffsd.org/home.html)  This festival makes its virgin tour this year and is aimed to be focused on and in honor of fans of the genre.  Hence the emphasis of the first three letters of their festival’s name.  Via on-line voting, fans will have a say in making the final award selections.  Power to the people!  And power to Joanne!
So please join me in applauding these women in the hallowed fringes of horror who go above and beyond to make our lives just a little scarier.

Posted by Gregory Blair at 5:19 PM No comments: