There are days when you wonder if you’re doing it right.  When you doubt yourself.  When you look around and get the sense that you, somehow, are in the wrong place, have the wrong skills, made a wrong choice.  It’s only human.  Our minds are constantly evaluating information and making assessments.  The trick is to know which assessments are the most accurate for who you are and who you want to be.


Then there are days when you know you’re doing it right.  As an actor, those days go something like this…


I had finished working a few episodes of “Love That Girl” a while back when one of the writers contacted me and asked me if I wanted to be in his new project.  First win, right there.  As an actor, nothing is better than being offered a role without having to audition:  it’s a sign that someone thinks enough of you that they know you can do a role and want you to play it; it tells you you’re doing it right.


Then there’s the fact that it’s a non-scripted comedy.  Now it’s not just the case that I fit and can play said role, now it’s a sign that he trusts in my improvisational skills to create the character and all his dialogue.  That’s a lot of trust.  But he’s seen me come up with ad-libs and improvised moments for “Love That Girl”, so he is confident I have the chops.  I hear the subliminal message loud and clear:  “You’re doing it right”.


Then, just in case I had any of those nasty doubts left floating around, in between shots, the writer is introducing me to a fellow cast member and tells them that I was on “Love That Girl” and that I was so funny in the first episode, they wrote my character into more episodes.  Nothing subliminal about that.  Now, I know I’m not only doing it right, I’ve been doing it right.


When the day's shooting ends, the writer sends me a note to say I was hilarious.  I am pleased: it’s my goal to do good work that will help make the project shine and make the creators happy.  This is the joy of being an actor: bringing characters to life in order to make people feel or understand something about the world we all live in.

If I can keep doing that, I'll know I’m doing it right. 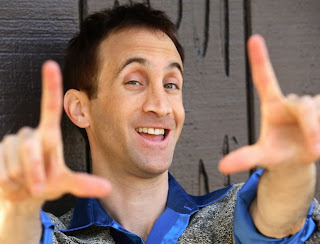