Looking back on last year, I see one huge difference, separating the year from others:  2011 was the year I made more friends than I have in maybe a decade.  Part of this evolved from getting out of the house (which the writer side of me despises, crying and scratching the floor like a cat being dragged to a tub full of water) and part of this resulted from networking—both in person and via the virtually omnipresent social media which, like it or not, has changed our world such that I can StumbleUpon a Tweet and Facebook it and you all know exactly what I mean.  Both avenues led to chance meetings or—as I like to think of them—happy accidents.


Cindy Merrill, a fellow actor in “The Immoral Doctor Dicqer”, introduced me to Bill Oberst, Jr—an indie horror icon.  You may know him from the famous Facebook viral video TakeThisLollipop.com, but he’s starred in many feature films.  Bill and I connect on many levels:  both loving horror, both socially awkward growing up, both passionate about acting.  You’ll see us hanging at the Bourgeois Pig from time to time and we plan on working together in the near future.  When we do, I can guarantee you, blood will spill.  On film, of course.


Through Bill I met Dawna Lee Heising—actress, interviewer and former Miss World.  Dawna enchants everyone she meets with her unique, winning persona.  She is the host of “Eye on Entertainment”, a nationally broadcast television show interviewing artists in the entertainment industry.  She interviewed me last October at the Scream For a Cause benefit.  She is also now the New Hollywood Correspondent for MoreHorror.com.  All this while acting in film after film.  Whatever drugs she is on to keep that energy up, I want them.


At an interview I did for “Actors Entertainment”, I met Roxy Shih—writer, director, editor, producer and sundry other things.  Her films often have twist endings—which I love.  Her energy is incendiary, wrapping you up in her flames of passion for life and filmmaking.  We’ve exchanged scripts and ideas and will no doubt be collaborating on a project soon, as well.  If you see us at Lola’s nursing martinis and talking shop, please join us.  And hold me up.

Producer Redford Mejia of 701 Productions came to the world premiere of my stage thriller "Cold Lang Syne" and asked me to lunch to discuss the film rights.  Good thing I already had a screenplay ready!  We met and hit it off; he’s such a nice guy and so down-to-earth it would be hard for anyone not to like him.  Mejia liked my "Cold Lang Syne" screenplay so much, he asked me to write another screenplay for him.   I did and now both films are slated for production.  So more scary stuff is on its way.


Two other writers I’m now friends with have come by way of social media:

Michael Schoonveld is a huge horror fan and has begun writing his own scripts.  His first effort was a finalist in the most recent Shriekfest competition.  Pretty impressive!  He asked if I would take a look to see what might make it a winner.  I did and he has since made several revisions, improving the script dramatically.  And the world can always use another zombie apocalypse.


Owen Jennings from Dublin, Ireland also approached me with an epic fantasy which he wanted help cutting to feature film length.  Not an easy task, as the script was nearly twice the length of your average script.  But challenges are good and I’m in the middle of slashing the monster as I write this.   It is taking a re-imagining of a great many characters and concepts to make up for the elements getting the axe, but I think the final outcome will be something quite wonderful.  Either that or I’ll have a really pissed off Irishman after me!

I've also connected with some other amazing people:  Maria Olsen, Whit Spurgeon, Russ Cootey, Kari Nissena; too many to mention and not turn this into a boring list, so forgive me if your name's not here.


The point is, 2011 was really good to me in this regard. I feel my life is enriched by these new friendships and I’m grateful to 2011 for being the year these people’s lives collided with mine.  I look forward many more such happy accidents this year as well. 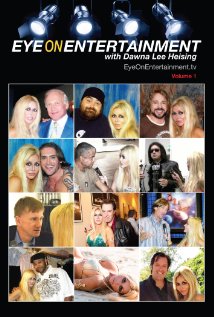 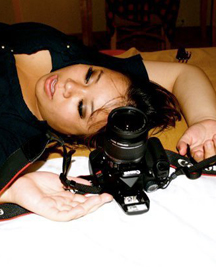