Getting My Weird On 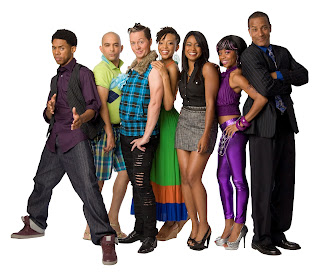 I got the call from my manager that I had an audition for “LOVE THAT GIRL!”—a successful TV sitcom that had been running for a few years. It sounded like a great role for a quirky character actor like me: an uptight scribe wrestling with writer’s block. As is my customary modus operandi, I checked out the show and all the sides that were available so I could be as informed and prepared as possible. In my search, I noticed another role that I thought might be even more up my alley: a crazy, completely whacked-out neighbor known only as Weird Wendell. But I studied for the role of the writer since that was the role I was called in for.

In the casting office, I went in and read the role the best I knew how. I could tell I was in the right ballpark: both the casting director and her associate burst out laughing several times. But the magic happened when, after I finished, the casting director asked me to read for—you guessed it— Weird Wendell. It takes a seasoned casting director with a keen eye to see these things: Leah Daniels is just such a casting director. So I went out of the room to study the lines. I came back in, read the part and made the ladies laugh even more. I thought things were working out just fine.

And they were. My manager called me to let me know I got the job. And when I got the script, I realized that the role was much bigger that the writer’s: the writer had only one scene and Weird Wendell had five! So things were working out even better than I expected. The next week, I found myself on set for the episode that featured Weird Wendell. Between the script and my interpretation, Weird Wendell became a cross between Christopher Lloyd in Taxi and Kramer in Seinfeld. I sported a crazy bed-head do, ill-fitting 70’s garb, bug eyes and a bad attitude. And masterful, easy-going director Bentley Kyle Evans let us improvise as we went along, so we found even more humor on the go. Even the wardrobe department got in on the fun, throwing crazier outfits on me as the show progressed. I can't tell you anything more than that. And won't. You have to watch the show!

Suffice it to say, I had a fantastic time and I hope my work on the episode is going to stand out. It’s not often you get a role that feels like a perfect fit. Weird Wendell was one of those guys.

Weird Wendell makes his debut in episode 430 “My Way or the Hall Way”.  Watch for it and get your weird on!

Posted by Gregory Blair at 4:21 PM No comments: